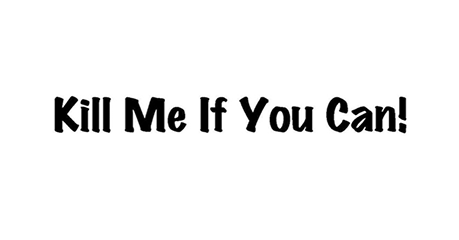 The Movie ‘KILL ME IF YOU CAN’ has been written by Stuart Scowcroft who is
also Executive Producer. The film is being produced by Global Entertainment
Media it has a multimillion dollar budget and will be filmed in Australia,
Hong Kong and the Cook Islands.

Scowcroft, former General Manager of Television for Becker Entertainment and
now MD of Global Entertainment Media has written the story of a lone-wolf
martial artist imprisoned on an island to fight all comers to the death.
“It’s like The Hunger Games for real”, says Scowcroft who points to the
longevity of martial arts action movies in popular audience culture. “The
key to martial arts action movies is authenticity,” says Scowcroft. “To have
the support and advice of Walt who has produced many multi million dollar
earning films and is one of the best martial artists and teachers in
Australia is a huge advantage for me as a writer and producer”.

Walt will be producer and also the director of the fight sequences.

A more detailed outline on the project will be released shortly.